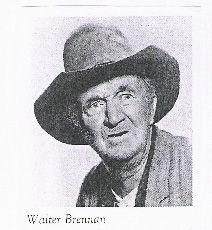 How long has it been since i first seen old rivers?
Why, i can't remember when he weren't around.
Well, that old man did a heap of work;
Spent his whole life walking plowed ground.

He had a one-room shack not far from us,
And we was about as poor as him.
He had one old mule he called "midnight",
And i'd tag along after them.

He'd plow them rows straight and deep
And i'd tag along behind,
Bustin' up clods with my own bare feet --
Old rivers was a friend of mine.

That sun would get high and that mule would work
Till old rivers'd say, "whoa!"
Then he'd wipe his brow, lean back in the reins,
And talk about a place he was gonna go.

(chorus)
Say, one of these days i'm gonna climb that mountain;
Walk up there among them clouds,
Where the cotton's high and the corn's a-growin',
And there ain't no fields to plow.

I got a letter from back home the other day --
They're all fine, and the crops is high --
And down at the end my mama said,
"you know, old rivers died."
I'm just sitting here on this new-plowed earth,
Tryin' to find me a little shade.
And with the sun beating down, 'cross the field i see
That mule, old rivers...and me