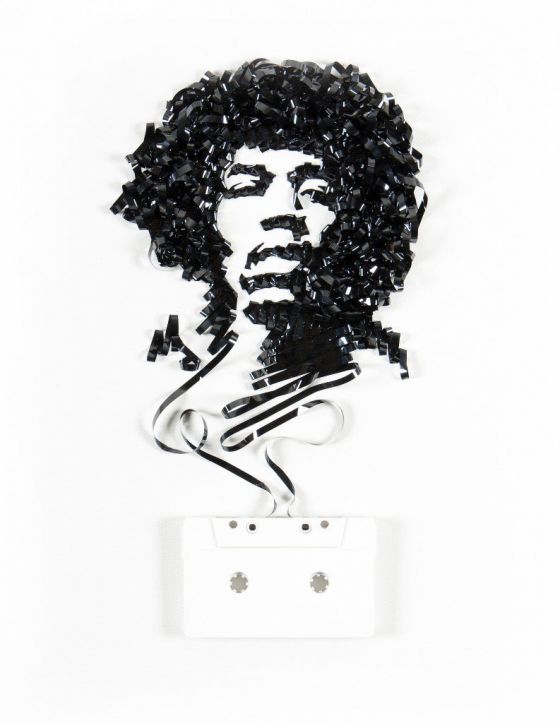 As I looked into my crystal ball...
there was formed a tragedy.
Oh but there's nothing to worry about...
It was just a flash from my memory.
Well it seems that the Holiday Wheel...,
you know, the one that was between Earth
and the moon...Well any way, there was
2,000,000 killed...bodies floating in the
afternoon...

Explosions, 1,000 or more, announcing
tidal waves and Hurricanes...
And down on Earth we lost 3 continents.
Their fiery soul snuffed out by
Nature's ice and rains...

And pieces of my life...floating,
still soaring through space...
But my sons and their wives
landed on Mars to start another race...

As I gazed upon my crystal ball,
there formed a cloud of jealousy.
But there's nothing to feel sad about...
By this time, it's due for only history.
Well, it seems that the Chambers of the
Gods were being emptied for good.
Why would such Heavenly beings want
to desert Earth?
But as I watched I understood.

As the clouds turned to a Jealous
Green, which was concieved in the heart
of man...the people didn't respect
the help of the Gods. Instead they turned against
immortal man. As they tried to defy, they
died, into the wicked pits of Hell.

Diana wept a tear after we made love
and said: "My Earthly Darling, I must bid
you farewell...The fate of your mud brothers ...
As pieces of my life...floating,
still soaring in Space...
She could have been my wife
But her time, I didn't dare wish
to waste.

As I stared into my crystal ball,
there was formed a tearing of hearts.
Ego Armies marched antly onto view
only to be blown apart.

As the sun whispered its secret
through space...to men thinking the false pride
opposite...telling them that it was
such a disgrace to think that men were
the ruler of it. Well you know
how the story goes...the sun they thought
was their circling slave...
round and round and round the
table she goes. Some carried
the thought right to their grave...
And I smell the scorch of the
burnt out minds...who searched
for the hurting truth of space. And the
dizziness they felt inside...
reflected off the spinning
slave pebble earth...

As fragments of my life...
Some floating, some soaring in Space
Collections of my soul
will turn complete only as time will age.

As my tears drop on my crystal ball,
Magnifies the reflections of Christ.
As I blink, His angels take him away.
What he said, man tries to self
?help from God. As reward, he
wipes our blood from his eyes...
And the cross that he would
use for his throne represents
not life but death. Is this the way
all heroes go ?...Carrying the first necklace
of death...
His preaching the belief
of eternal Happiness to rest.
Or were his angels just UFOs
vapor trails lead from
another light year land...
Or was it really tomorrow's
awakening day dream...blemished
by the smudgy finger prints of man...

And slivers of my life...floating,
still soaring in space...
And spirits of Bee hives
even they find a resting place.

As I wander through my crystal ball,
I suddenly ride upon the waves of sound.
I see platforms of launching
pads even before the first blade of
grass turned brown.

And I taste their tunnels through
the sky...As the axis turns in its womb.
Frozen flowers and animals try to
hold positions they had before
their morning bloomed...
And I follow the last rocket up
to the libraries of the moon's meadows.