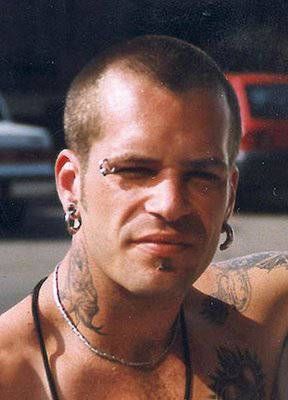 Born into the middle class
Yeah, all you had to do was ask
& mom & dad would give you what you needed
& though I didn't know you then
I know you'll probably defend
& take the stand in the life that you'd been cheated
So you adopt a punk rock life
A leather jacket, hair with spikes
& join a band
'Cause you must have a say
& though you helped out with it that time
There's those of us, who keep on
Trying to make a living & not sound like
Green Day
Trade rags say you're making it, now you're old
You don't give a shit.
Subconsciously fullfilled prophecy you've
become your own nemesis


Mr. Brett, we won't pay that fee to keep you
Livin' in luxury
Some say genius, some say mistake
But you've become what you used to hate


So now we're in the 90's & punk's not
what it used to be
It's gone downhill since 1982
& though I liked most of your bands
& listen to them all I can
It's fucked up that you think it's 'cause of you
You think that you're still part of the scene
Nail painted black, hair dyed dark green
For you this mid life crisis has come on strong
Now punk rock's been accepted
& they've realized it's not just a fad
Please, stay behind that desk where you belong
Punk rock life's been good to you
Now Corporate punk's the thing to do
Obnoxiously, you raised your fee,
you'll see to it we'll all get screwed.