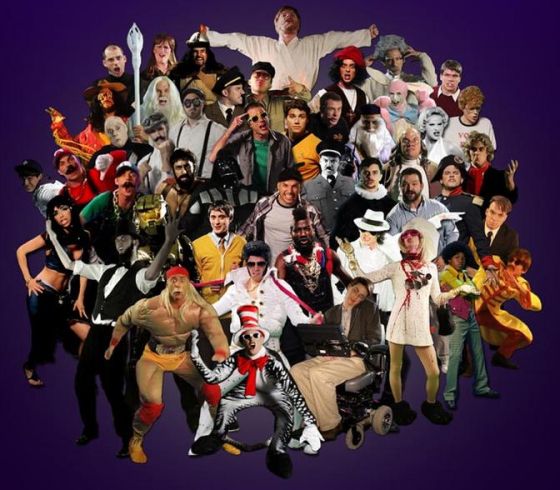 Lance Armstrong:
Before I let loose with this ruthless aggression
I'll let you be the second fat women hearing my confession
I admit it, I did what I had to do to win
I'm an athlete, you're a specimen of sin
With your drinking and smoking and choking down food
I know French dudes with better manners than you
So swing, batter batter, show me what a fatter rapper can do
I beat cancer, I can sure as hell crack you

Babe Ruth:
You lived strong, beat cancer, congratulations
Now I'll drop your ass faster than your own foundation
Third base with an Olsen twin, that's the sin, face it
She's just a little girl, what'd you give her, a bracelet?
Whole nation knows you ride too tight in the crotch
You're as boring as your Tour de France is to watch
So come on, little buddy, don't look so pissed
With all that blood and attitude, you're like a menstrual cyclist

Lance Armstrong:
You set records before black men could compete, are you kidding me?
That's like having a pasta contest without Italy
You're an orphan who found his way to fortune and fame
Just think what you could've done if you would've actually train
I'm the pinnacle of physical condition while you dip your stick in prostitutes And called it foul tippin'
Are you trippin'?
You'll be nothing but a skeleton
Messing with the fellow in yellow who will be pedaling like hell up in the Peloton

Babe Ruth:
It's the bottom of the ninth against the Texan in a bathing suit
Filled with more artificial ingredients than a Baby Ruth
It may be way too soon but I'm calling my shot
And I'm not talking about those Italian syringes you brought
The Sultan of Swat will knock you right outta the park
And round the bases to the sound of up-roaring applause
While you hang your head in shame and disgrace because
You got lost and forgot what real sportsmanship was
You look tired, kid, you've got Sheryl crows feet eyes
Pedal home to France, and maybe bring me back some fries
Cause if you step to Ruth on the mic, I'll fan your fancy bike and all
Yerr out, with three strikes, and just one ball