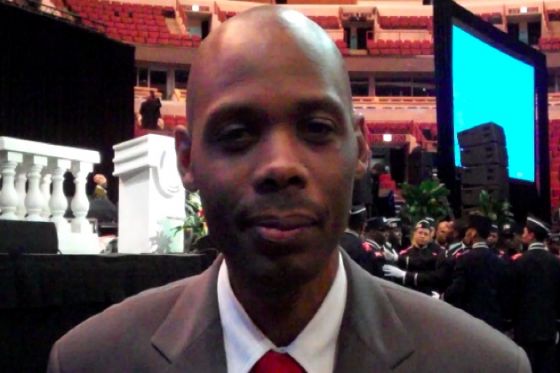 You don't want it

Yo, y'all niggas don't know the art of war
Now you dyin' and my gun'll keep burstin' 'til your mama cryin'
I'm defying your whole crew, y'all niggas weak
It could be on officially if you had heart
Nigga your overrated, props old decaying
Not known for sprayin', what the fuck you sayin'
Your crew fell, you jeal', cuz mine doin' it
Yo quit the jealousy, let's get the felonies
My niggas sellin' keys, your niggas sellin' dreams
Your plans ain't precise, you need better schemes
Cuz yo, I ain't tryin to lose another nigga
And if so enough blood is spilt to fill a river
And I'll part the Red Sea like Moses dad
And smite my enemies despite the penalties
You could live like kings, but die from injuries
You about to be a memory nigga (You don't want it!)
I don't hate you, I despise you
I call you cocksucker, cuz it describes you
I know you wish you had a real crew, like I do
Niggas'll send shots and get props like my crew
Look at you nigga, you had status, most of that vanished
Y'all niggas has been, addicts, unestablished
What the fuck happened? You had the block clickin'
Now you in denial, y'all are finished
You out position, but you no competition
To my niggas with heaters yo, we not feelin' you either, what
You wanna talk violent, but Sig P.'s for solution
I stalk silent, when I precede execution
Taught by the, realest niggas to walk the planet
With one thought you vanish, like the corp remanded
You on the ave with your weak mans frontin'
When you see my niggas comin' (You don't want it!)
My nigga Biggie must have prophesized
When he said somebody got to die
I'm like the jackal, when I attack you die from gat wounds
Frank Nitty couldn't do it that smooth
Life's a bitch, I'm the pimp, you own Mad Duke's crew
I proved you weak, you ride dick to eat
You ain't real, ill, or prepared to kill
Man you better chill, you could get it for real
I live this life of gangstas, ever second it's changin'
The enemy is rarely a stranger
The treachery in the heart cemented jealousy's best friend
That's the reason felonies will never end
How you feel is mutual, I don't fear retaliation, I'm shootin' you
This is a mere evaluation, I do what you to scared to do
Motherfucker I'm prepared, you don't, want it nigga