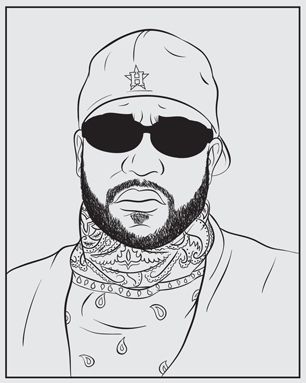 What I Represent feat. Mannie Fresh

[Bun B]
Now this one here for everybody out there off the top
This for the real slab-swangas whipping dubs and drops
For the real block huggers that's embracing the grind
And the three-time fellas that be facing some time
For them real deep boys that be baking and serving
And the real hood hustlas that be shaking and swerving
For the real cut-throwers putting work in on the average
And trill ass niggaz living they life like a savage
A lot of niggaz hold it down for they set
And when the work comes easy
And when the game ain't ready
They really rep they're neighborhood good or bad
Niggaz that really be on the block throwing signs and flags
Well I'm here to represent for all the gangstas and the thugs
And the underdog niggaz that ain't getting no love
For a nigga trying' to make a weight for him and his crew
Just recognize I'm representing for you, and nigga that's on the true

[Bun B]
Now everybody wanna act like they already got it made
With the houses, and the cars, and the bills all paid
Got a million in the bank, and two million in jewels
But on the cool, life ain't like that for a lot of these fools
Lot of people in this world coming up pretty hard
Raised in project apartments, with no front yard
Had to share their clothes and shoes with cousins and brothers
Never had they own shit, they had to share it with others
I wasn't born with a silver-spoon sticking out my grill
I was raised in the middle of the struggle on the real
Had some hard times in my life, trying to make ends meet
Not to mention, trying not to fall victim to the streets
Against the odds, a nigga made it out the game
But that don't mean that I'm gunna forget about from where I came
UGK ain't just a name; it's what a nigga is
I was there before I got in the biz, and nigga that's on the rizz

[Bun B]
Now people always be around when you shining and balling
But they real hard to find when tough times come calling
You got money, doing good, and they be all in your face
Then disappear like Sue Storm soon as you catch a case
It's like clockwork homeboy, the shit never fails
Soon as they think the party's over, everybody bails
Could a sworn they was your friends when your world was on shine
But soon as you get some time, outta sight, outta mind
It's a shame that some real ass niggaz took a fall
It's a shame how they treat you when you locked behind the wall
When your woman won't visit and your homie won't send you no flicks
Or come and see you, that's some cold ass shit
Well I miss my nigga, he was down for me
That's why I got the whole world screaming Free Pimp C
And I'll be right here waiting when you touch back down
UGK we still holding the crown, kings of the underground