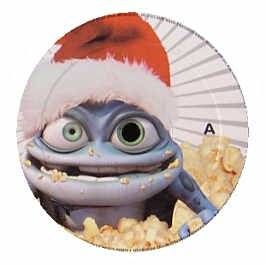 [Ahmad's friends talking]
.. and then he cut it off *laughter*
Hahaha, ay who next? Who next?
Ay ay Jamal come up
Somebody else.. aiy who next man?
Calvin you next?(Nah nah)
Midget?Rascal?(No, no no)
It's mine?On mine?I'm gon' tell a story man
Aight aight, it's like this..

[Ahmad]
Well it was half past eleven o'clock, ready to rock
I'd been searchin for a spot all week, where they be doin the freak
But no one knew I didn't panic, remained calm
Thought, "Why not just go out on a mission, like James Bond?"
Double-oh-seven, since I'm the great, I'll be double-oh-eight
So I went into the closet and got my gear straight
Jumped in the car, drove for an hour, with no luck
Started havin doubts and that's about when trouble came up
Twelve thirty at night I'm at a street light and hot
Restin my head back (BOOM!) I heard a shot
fired through my back window broke the glass then hit dash metal
No time to look both ways I hit the gas pedal
Now my "Mission" is real like Special Ed
Gettin shot at with a shotty and I wish I had a jet
to hit, maximum thrust 'fore they bust one and hit me
Square in the back cain't understand I was the wrong man that
they were after, I wish they'd see the light, no joke
But in the meantime, I broke and hit a quick right
Dipped to an alley, turned off my lights and ducked
And I guess none of 'em saw me, they kept goin up Crenshaw, good
Opened my eyes for surprising more
to see the alley I was in lead to the party I'd been lookin for
All out of breath and could hardly speak
But soon as I walked in the door, honey asked me if I wanted to freak

[Ahmad]
Well I'm back on the move, yeah back on the mission
Gettin jocked and shit cause my pockets thick
I guess they heard I had a record deal
And I'd expect that would change their views do's and don'ts
into they won't diss and now my mission gets, a little bigger
I'm lookin for a freak with soul that's not a gold digger
Yup, I want some-bo-dy
And by bein in the bright spotlight, you learn a lot like
if you got ends, well then you got friends
If you got dough, well then you got hoes
And that's how all of that go, but
I'ma still have to give it a try
I saw a girl with no guys, sittin in back and I went over to chat
Well we talked and laughed about a half hour then
there was a sudden blur, when I saw her
the finest girl I'd ever seen her name was Tina
Dressed all in red then my mouth said
"Sorry I don't mean to be a dog or a mutt
I'm just a big Cool J fan and, Tina got a +Big Ol' Butt+
So I'm leavin love," then I went over to Tina to speak
and I asked her if she wanted to freak

[Ahmad]
Dig it now she wanna freak, well here's my number beep it
Might even lick the cat but if I do I get to keep it
That's what I told Tina then I jetted, I said it
Just to make sure we got in bed - it's, all in the mix
to the Motel 6, because I figure
If bags was bait she bit 'em hook line and sinker
I'm out now, until next week, mission complete
Ahmad, the great double-oh-eight niggarole doin the freak

"She did the freak!"